Seven decades of CIO operations have brought to all concerned a number of tangible benefits. CIO has contributed, over the nations exchequer and to the development of the retreading industry. 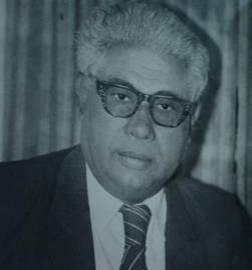 Late C.I. Chakko, the founder of CIO Tyres was a great visionary and a stalwart in Indian OTR Tyre Retreading Industry. It is his hard work and perseverance that CIO has achieved it's height of successes throughput the years.

Late Shri APR Nair, another great gentleman, came forward in a crucial juncture to revive and enhance CIO Tyres to ensure that the company maintained its legacy and profile. 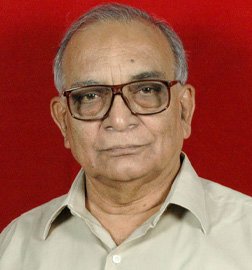 In 1952, CIO commenced its first operation in Jamshedpur with 5 employees. It started in a small way with two moulds – one for passenger car tyres and the other for truck and bus tyres. Within a short period, CIO started getting orders from neighbouring states like Orissa, West Bengal and Assam. During the period, CIO had the privilege of retreading tyres for three State Transport Corporations, namely, Bihar, Orissa and West Bengal till they started their own retreading plants. CIO also had the privilege to serve the Defence Department through DGS & D in retreading their tyres. In 1956, when Tata Steel commenced their Two Million Ton project with the assistance of Kaiser Engineers Overseas Corporation (KEOC), USA, heavy earthmovers came on scene for construction work. CIO handled the retreading and repairing of the entire range of tyres. During the construction of the public sector steel plants at Rourkela, Bjilai and Durgapur, CIO met their demands for retreading and repairing of tyres. In 1958, Tata Steel allotted to CIO a plot of land, realizing the utility of a full fledged Retreading capable of retreading Earthmover tyres upto 18.00 x 25 size. The factory was commissioned in January 1959 by Shah Ozair Munemi, the then Minister of Transport and Rehabilitation, Bihar. In 1965, CIO expanded its operations to retread still larger size of Earthmover tyres upto 26.5 x 29 which was then the largest size tyre manufactured in our country. Since then CIO’s services are being extended throughout the country for retreading tyres of almost all important public and private sector undertakings. In 1971, CIO established a second factory in Bangalore to meet their growing needs to the southern states. They helped to reduce the delay in transit and the heavy transshipment cost. The Bangalore factory was able to meet the retreading demands from Nagpur down to Trivandrum. In 1972, CIO till then a proprietary concern, was converted into a Private Limited Company. CIO at that time had four factories – one each at Jamshedpur, Bangalore, Goa and Patna.

The factories at Jamshedpur and Bangalore are now poised to retread the largest size tyres made in the country, namely 21.00 x 35, a size of tyre which was only imported at that point of time in India In 1978, its Silver Jubilee Year, CIO opens a new mechanized and well equipped factory at Adityapur Industrial Area in Jamshedpur in addition to existing factory at Burmamines in Jamshedpur. CIO develops facility to retread the Largest Tyre Available in the Country 30.00 x 51

CIO develops Retreading machine for largest tyre avilable in the country as on date 30.00 x 51 used in 120 tonne dumper. It is a historic moment in the history of the organisation as once again, CIO is the 1st to develop the mould and machinery for the largest tyre in use in the country CIO's Adityapur plant underwent a major expansion in 2008 in order to keep up with the industry needs with development of latest available Tyre Size Machnies.

CIO commissions State of Art Pre Cured Semi Automatic Plant in Adityapur factory, 1st of its kind in Eastern Region of the country

CIO Commissions facility for Largest OTR Tyre Size in Country As has been the practice since it's inception, CIO has ensured that there is no such situation, when a tyre which is in common use in the country is used for once and thrown away due to non availability of retreading facility, thus wasting Nation's Foreign Currency. CIO self developed and Commissioned facility for retreading the largest OTR Tyre Size presently available in the country 50.80 x 57, which is presently only imported and used in 240 Tonne Dumper in subsidiaries of Coal India and some other Private Players.

Moved to a new Location

World Class Plant setup at Gamharia, Adityapur Industrial Area with all state of art facilities and machineries. The plant Phase 1 is commissioned and retreading of all major tyre sizes has been started. Phase 2 Expansion shall be done in the coming period. CIO can make legitimate pride in the contribution it has made in to the indigenous development and manufacture of moulds and machinery for retreading very large size OTR tyres. Each time a new size tyre has been introduced in the country, CIO has taken the lead to develop and manufacture mould and machine for the same. Recently CIO Tyres developed mould and machine for 50.80 x 57, the largest tyre presently being used in India for 240 Ton Dumper. In fact the expansion and diversification of all our plants over the years were done indigenously without importing any equipment, thereby saving considerable exchange. CIO is proud of the fact that it is wholly Indian.

Until recently large size OTR tyres were being imported. Even now some of the larger sizes are imported. When the tyres were worn they were being replaced by fresh set of imported tyres since there were no facilities in the country for renewing the life of these retreading. Through CIO's pioneering efforts in expanding its range of capabilities in retreading OTR tyres, foreign exchange worth rupees has been saved. CIO's network of qualified and experienced service engineers has contributed substantially to the prevention breakdowns and damages through on the spot advice to customers and operators on proper care and maintenance of tyres.

CIO believes that all employees are partners in this progress. During the last 66 years there has been no strained industrial relation or any work stoppage on that account.

A vast majority of earth moving tyres playing all over the country today is CIO retreaded., a fact that, indeed, makes us proud and at the same time, gives us an opportunity to express our sincere gratitude to all concerned for giving us the privilege of serving the nation for the past seven decades of our existence.

We have build long-term affiliations with numerous clients. Following is a list of some of our major clients: